In preparation for a talk at the 2019 Bar Convent Berlin where Camper English spoke on CocktailSafe topics, several pages of this website were updated with information on legal limits for several ingredients.

Due to a couple of seminars in Canada, we have researched some safety laws in the nation. As each province may have its own regulations, this turned out to be a challenge and we were only successful in some instances. On this page we list a few of the updates made to CocktailSafe pages.

CocktailSafe founder Camper English will be speaking at the Toronto Cocktail Conference this August.

Thujone limits in absinthe and other beverages.

Health Canada released a warning about gentian violet, but this is not related to the plant gentian.

Sulfites in Canada (according to Wikipedia)

Unlike in the United States, in Canada a type of black food coloring ("carbon black") is permitted.

It appears that for the same reason tobacco infusions aren't legal in the US (that all tobacco products must be sold with their original packaging) they would not be legal in Canada.

In Canada, "Oil, extract or root of calamus from Acorus calamus L." is forbidden in "all foods" as it is on the List of Contaminants and other Adulterating Substances in Foods.

It appears laws about bitter almonds may soon change in Canada.

Many resources for Canadian laws have been added to the Resources Page.

CocktailSafe has been mentioned in more media, according to my Google news alerts.

The San Francisco Chronicle mentioned the website in a round-up of what Wine Editor Esther Mobley is reading. 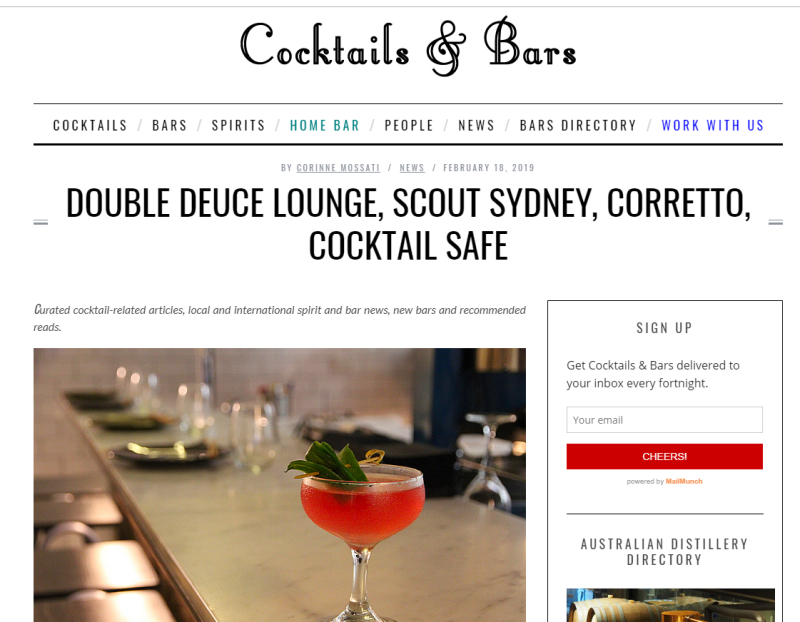 And the new April print issue of Wine & Spirits magazine misprinted the website domain as CocktailSafety.org, so as of today both that domain and CocktailSafety.com point to this website. I'm not mad about it - I probably should have made that the main domain name in the first place!

Listen to a Podcast with Camper English Talking about CocktailSafe

Your CocktailSafe creator Camper English was recently a guest on The Mixology Talk Podcast, hosted by Chris from A Bar Above.

Here is the link to the podcast, please give it a listen! 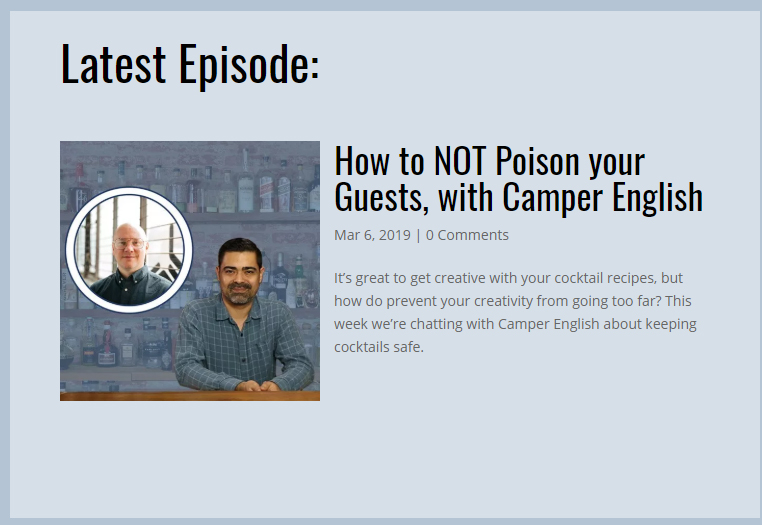 Posted at 11:36 AM in cocktailsafe updates, media mentions | Permalink

A Few Media Mentions of CocktailSafe

The news is spreading about CocktailSafe! Here are some recent appearances in the media in the US, UK, Canada, and Australia:

TODAY.com: "The truth about copper Moscow mule mugs and other dangerous cocktail combos"

WoodworkingNetwork.com "Bartenders warned against mixing some woods with liquor"

AustralianBartender.com.au "This website will help you to not kill your customers"

GlobalNews.ca "Your Moscow mule might look nice, but its copper mug can seriously harm you" Posted at 09:30 AM in cocktailsafe updates, media mentions | Permalink

CocktailSafe in the New York Times

If you're on this site, you've probably seen the story about CocktailSafe in the New York Times already, but I'll link to it here for posterity.